If you’re wondering which part of the Burdfield family we are, and whether or not we’re related to you, then go to www.ancestry.co.uk, click on Search, and look at the Public Family Trees.  Type in the surname and find the tree with my name on it.  What I thought was a small family from Itchingfield in West Sussex, has turned out to be a huge world wide family.

One of the first Burdfield’s recorded in the Church records in Itchingfield was William Burdfield, who married Mary Fiest.  His name is carved on one of the Church bells.  We are descended from him.  However, in a nutshell, we are from the line with John Burdfield (born 1757), who married Mary Scutt (eventually, having had two (or three)children out of wedlock). He possibly had a child with Jane, or Jenny, Penfold.  John and Mary’s son Charles Burdfield married Elizabeth Dendy and their son Walter married Harriet Voice.  Their son Henry married Kitty Rendall and their son Charles married Jasmin Betty Parker* (from Blackheath).  Their son Peter married me. *Betty was not related to the Parkers of Barns Green.

According to the Sussex Archaeological Collections, the name originates from Bordeville which was an ancient town in Normandy France.  It is quite possible that Robert de Bordeville came over as one of William the Conqueror’s Knights in 1066 and was given land at Lancing and Hoo (Ashurst/Henfield)  by William de Braose, where the Burdfield’s resided at Eatons, for many years.  Their farm at Lancing is known as Burwells. However the family tree is difficult to put together prior to the 1600s when William Burdfield arrived in Itchingfield, nr Horsham, where the family settled and we’re still here !

Some of the spellings of the name include a “u” or two, which make the name Bourdeuille which is a place in the Dordogne, France.  Bourdevyle is another spelling of the name.

The black and white photograph above was taken in July 1923 outside The Queen’s Head Pub in Barns Green (where Walter’s father, Charles,  had been the Landlord, as we also were in 2008-2015)  and shows Walter Burdfield, in his smock, along with (believe it or not) his nephew Charles Burdfield. (Charles’ grandson Jon, lives in Alfold).    Behind Walter is his son Henry.  This was an annual event which began with a March from St. Nicholas Church in Itchingfield headed by the man wearing a smock holding the Friendly Society Banner.  After food and drink at Muntham House, the villagers would gather on the Village Green, which used to be opposite the Pub, for a Summer Fair.

The smock Walter is wearing can be seen in the Shepherds’ Hut at The Weald & Downland Museum in Singleton, West Sussex and we still have the stick he is holding.  In fact you can see Peter Burdfield holding the same stick in the colour photograph below.  That photograph was taken in July 2012, by Nathan Lediard, with Peter (the then Landlord of the Queen’s Head) and his three sons, together with Phil Honeybone taking the place of Charles and Jon Ingles sitting on the fence at the back.  The car is Peter’s 1926 Model T Ford. 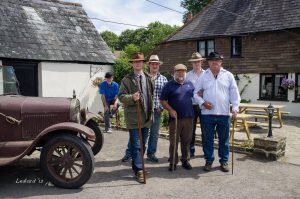 Walter’s Smock, at the Weald and Downland Museum in Singleton, West Sussex.

The Sussex Archaeological Collections have been most helpful with my research on the family roots, in particular Volume 40.  Also, the Sussex Notes and Queries.  Some information came from the Sele Chartularly (thanks to Dr. Annabel Hughes)  and the West Sussex Record Office has many books, maps and documents.

Apart from Ancestry.co.uk and other similar sites, the British Newspaper Archives have produced some interesting articles.  I have recently joined the Sussex Family History Group.

Family Surnames prior to 1800:

William Burdfield married Mary Fiest and they had a son Jon.

Jon married Susanna Rice and they had a son John, born in 1757.  The Rice family are renowned in the Horsham Area for their business which became Rice Brothers, who sold cars.

Charles married Elizabeth Dendy (1821-1901) who was the daughter of a Beer Seller.  Her mother was Sarah Scutt – Mary Scutt’s sister.  So, Charles and Elizabeth were cousins.  Apart from being a Farmer, Charles was also the Licensee of The Queen’s Head, in Barns Green. 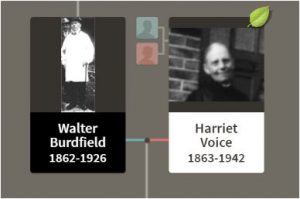 In 1862 Charles and Elizabeth had Walter, who married Harriet Voice.  They lived at Mareland Farm, along Two Mile Ash Road, Barns Green.  Walter was a Farmer and a Carter.

Walter and Harriet had Florence and Henry.

Florence married a Gardener;  Alec Burns Spottiswood who was sadly killed in Iraq during WW1.  She then married Harry Holt from Babbecombe, Newton Abbot, Devon.

Henry worked initially with his father and then with the Killicks, learning to be a Blacksmith, but had to help his father as a Carter, to earn money when the crops on the Farm failed.  Henry married Kitty Rendell from Southwater.  Henry became the Farm Bailiff at Christ’s Hospital School and they lived in Gardeners Cottage (near the Station).  When he retired from there, they bought two cottages in Gladstone Road, Horsham, one to rent out and one for themselves.

Henry and Kitty had Evelyn and Charles

During WW2 Jasmine was working as a Land Army Girl in Southwater and met Charles at the Fox and Hounds, Tower Hill (Now called The Boars Head ).  After the War he followed her to her home in Blackheath, London.

Evelyn married Harry Wake and they lived in Fernhurst. 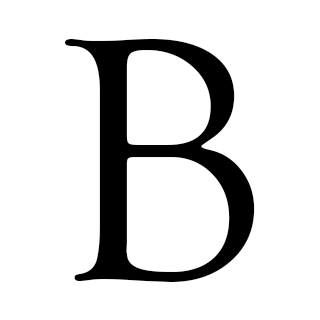